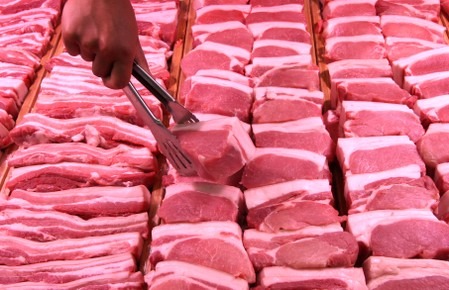 The positive change was influenced by the pig herd reduction in China, reopening of Russian market and the resumption of sales to Europe.

After a challenging 2018, the first seven months of 2019 shows that during this year the industry has built up stability to Brazilian producers in the poultry and pork sectors.

Take, for example, export figures. According to the Brazilian Animal Protein Association (ABPA), trades regarding poultry exports increased by 5.8% from January to July, compared to the same period last year. In total, 2.34 million ton were shipped and generated a revenue of US$ 4 billion.

The figures for pork exports climbed higher and showed an increase of 19.6%, reaching 414 thousand tons.

“The figures are exceptionally positive. The response from both domestic and international markets prospects good results for the poultry and pig farming. Asia is our main growth driver”, Francisco Turra, president of ABPA, says.

The change on the export rate was influenced by the pig herd reduction in China due to the African swine fever that has spread all over the country. In addition, other factors contributed to those results such as the reopening of the Russian market for the pork industry and the resumption of sales to the European Union.

ABPA expects that the Brazilian poultry production rise by 1% by the end of 2019, which means an increase of 13 million tons. Concerning pork meat, it is expected a rise from 1% to 2.5%, reaching 4.1 million tons.

“We are currently the largest pork producers in the world. Brazil has enough flexibility to increase its domestic consumption”, Turra says. “The producers aren’t taking measures full of expectations, but rather waiting for international demand”.

ABPA is one of the sponsors of ANUTEC BRAZIL

« Chicken of the future: advances will enable faster production without losing quality
ANUTEC BRAZIL 2020 will have congress on challenges and perspectives of the Brazilian animal protein industry »