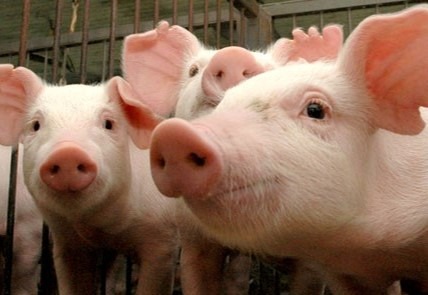 China faces an economic crisis due to the African swine fever, which does not seem to slowdown. On the contrary, the latest news have informed that the disease continues spreading to other countries such as Hong Kong, Vietnam and, more recently, Cambodia. There is a concern that it might reach Thailand shortly.

The swine fever is lethal in 90% of cases and it spreads in various ways, such as healthy pigs that contract it from infected ones, as well as from food, contaminated surfaces and ticks. The disease was discovered in August of last year but specialists believe that it took too long before it had been officially reported.

According to The Economist, China is not very open when it comes to epidemic outbreaks, whether human or animal. The cattle breeders in the country, including many small-sized farms, which have limited means to report disease outbreaks, and although they have the right to financial compensation due to the losses, they fear it will not be paid from the local governments. The latter, in turn, avoid warning their superiors, as costly measures for disease control would be taken, including the financial compensation paid to producers, which means that resources from other projects would be used for different purposes.

“Authorities say they are doing the best they can, but the truth is that they are always a step backwards”, says a specialist in agriculture to the magazine. For example, since the disease outbreak was revealed, they sacrificed 2.5 million of animals in Vietnam and China has not even reached half of that number, although its production is twenty times larger compared to Vietnam.

China, the Asian giant, was implementing a strong self-sufficiency policy in the food production before the epidemic outbreak. According to the United States Department of Agriculture (USDA), last year the country has produced more than 56 million tons of pork meat, the largest producer by far. However, the country had a consumption of 57,27 million tons of that produce, which means it is also the largest consumer of that variety of food.

As you can see, given the size of the Chinese market, this kind of crisis affects every country in the world. It is recognised that the industry in China will take a while to recover and when it happens, it will probably have a different profile, including larger farms operating more efficiently and safely.

“We are facing an unusual and perhaps unprecedented situation regarding the protein industry”, says Noel White, CEO of Tyson Foods during a lecture. “Over my 39 year experience in the industry, I have never seen an incident that could encourage such a potential to change the protein produce worldwide, as well as the consumption patterns as the swine fever has done”.

For now, the upheaval is increasing the Brazilian exports. The price of the pork meat per ton in June has drastically driven up to US$ 3,350 when compared to US$ 2,260 in May, according to data from Foreign Trade Secretariat, which shows an upward of 72%. In large part, this is a result of the exports to China that are expected to rise up to 65% when compared to 2018 figures.

“The Chinese share on our exports is the greatest ever registered”, says Francisco Turra, president of the Brazilian Association of Animal Protein.